Why Nutrition on the Mat was Founded

If there was one thing you loved more than anything, it would be:

Watching your wrestler step onto the mat.

But, if there was one thing you hated about wrestling season, it would be:

Watching your wrestler cut weight for their weigh-ins.

If you're sick of watching your wrestler using old school, outdated cutting techniques to make weight.

If you KNOW there has to be a better way for your wrestler to make weight without being fatigued, losing strength and muscle mass, mood swings, anger, brain fog and being unable to focus on and off the mat...

Then you're in the right place.

Since you're here right now, something tells me you're sick of watching your wrestler obsess and struggle every single day because they're using the same unhealthy, ineffective and outdated cutting techniques that were used 20 years ago.. and you need a better solution for your wrestler.

Have been watching your wrestler compete since they were practically in diapers.. and you saw how much they enjoyed the sport BEFORE the entire focus of the wrestling season revolved around weight cutting

Noticed your wrestler acts like a completely different person during the season.  If they were previously relaxed and fun loving.. they're now constantly irritable and fatigued.  Going as far as to isolate themselves from friends, family and social events because they don't want to snap at anyone.

Are struggling to figure out exactly what your wrestler needs to do so they can make weigh-ins an after thought of wrestling?  So your wrestler can gain a competitive edge and enjoy their time on the mat again without hurting their mental and physical health.

After all, if they're just beginning high school and have aspirations to compete in college then that means another 7 to 8 years of having to make weigh-ins.

You want your wrestler to enjoy stepping on the mat WITHOUT having to spend 20, 30 or 40 hours every single week obsessing about their weight

You want your wrestler to be able to give it their all during every practice, match, dual or tournament.

You're sick of having to watch them suffer on and off the mat because they need to "make weight".

(And yes, I totally get it.  It's not always as simple as just wrestling your "natural weight".  Sometimes you have a growth spurt, sometimes you have to bump down if you want a varsity spot.)

But you just don't know what to do to help your wrestler.  You've tried every diet and piece of advice from your coaches, club, other parents.. heck you probably tried google too.  But everyone tells you something different and nothing is working.  All the meanwhile your wrestler is continuing to struggle.

NOTM was created because we believe every wrestler should be able to step on the mat and give it their all while making weigh-ins an after thought of wrestling.

We know your wrestler spends hundreds of hours every single year to work on their strength, technique and skills with the goal to get on that mat and give it their all.  We believe that your wrestler shouldn't have to struggle in their matches because they're burned out physically and mentally from cutting weight the wrong way.

We believe your wrestler deserves to be strong, happy and healthy when they get on the mat. And we're here to give you the tools and strategies to get you there.

This is why we've developed The Roman Protocol. 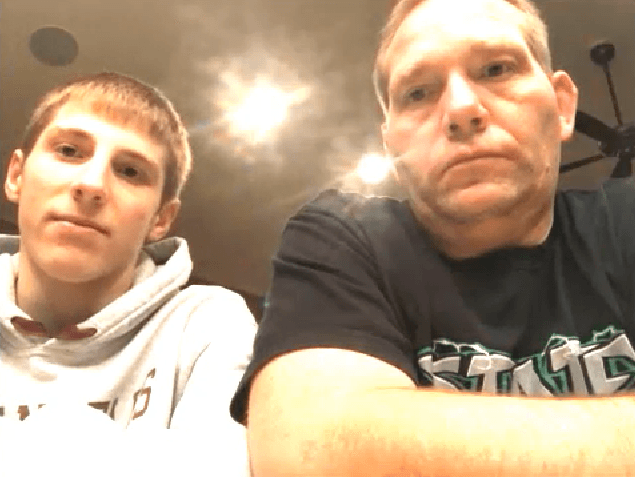 "Grant truly looked the best I've ever seen him wrestle. He weighed 146 Sunday and by Monday AM was 138.. this program has made a world of difference.  I asked Grant numerous times if he thought the program was worth it and his answer was "a thousand times over.... If you're on the fence, take a leap of faith with this program."

Sound too good to be true?  Watch the interview 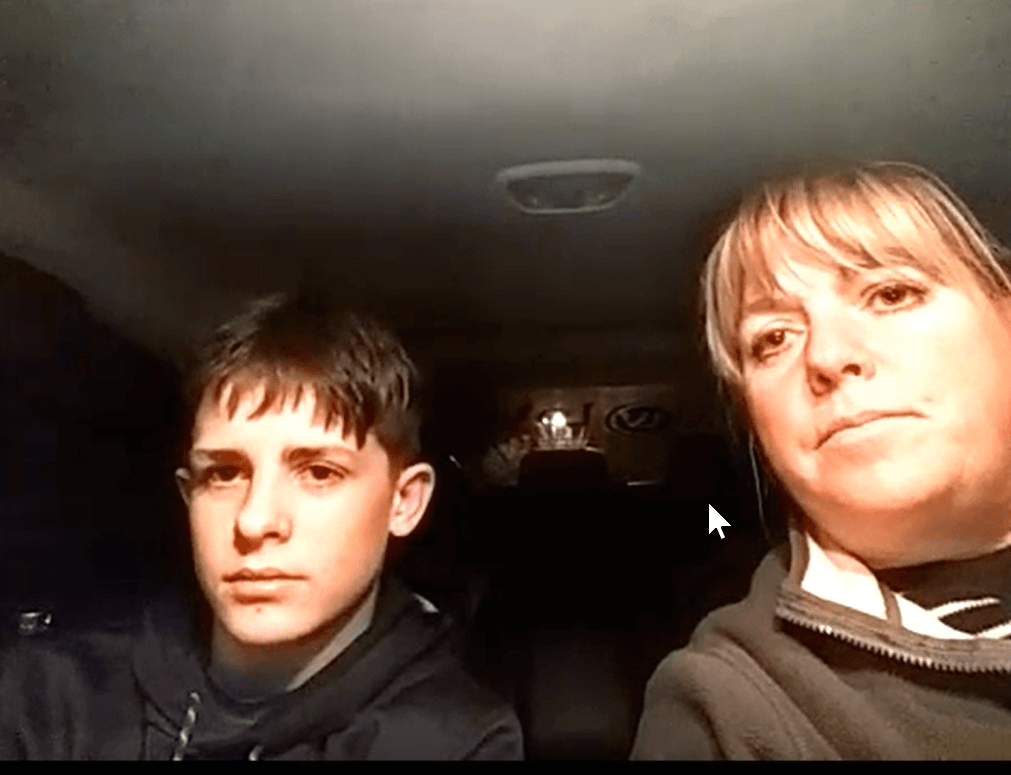 If you want your sons and daughters to be competitive, and have that edge AND be healthy, this program is well worth every penny.

"If you want your sons and daughters to be competitive.. and have that edge and be healthy, this program is well worth every penny.  I wasn't scared about anything, I just knew I finally found the help I'd been looking for.   Everything is easy and laid out for you.  All you have to do is trust it, follow it and it'll work.  If you're gonna do it, you need to jump on board.  It's the best investment you'll make for your wrestlers.  It's the best thing I've done for my son to help keep him healthy, happy and winning. "

Sound too good to be true?  Watch the interview

How We Got Started

I founded NOTM because I want to show your wrestler (and every wrestler) exactly how to make weigh-ins without outdated, old school cutting techniques  so they can gain a competitive edge, enjoy their time on the mat again and make weigh-ins an after thought.

(And help all you parents and coaches no longer be stressed out watching your kids struggle, too.)

Why did I get involved in wrestling?

Well, in 2014 I was fresh out of college with my first degree in nutrition and landed an amazing opportunity to be the campus nutritionist for LIU Post.  Part of my job was getting to work with the university's brand new wrestling team and I was thrilled to get the ball rolling with these guys.

The first time I met with them in the pre-season, we immediately started chatting so I could get to know each athlete individually, what their goals are and what motivated them.

One of the first questions I asked every single wrestler was: Why do you love wrestling?

Simple enough, right?  I expected to hear some great family stories about wrestling.. or maybe how they come from 2-3 generations of wrestlers.

Instead, I cringed.  Almost every person in that room said some variation of:

"I don't know.. I don't enjoy it anymore but I've been doing is so long that I just kept going."

I thought they were kidding at first but that wasn't the case.  That conversation blew my mind.  I couldn't get over the fact that kids who told me they had been wrestling since they were 5 or 6 years old.. athletes who spent 2-3 hours every single day for over a decade doing some of the most intense training regimens out there... didn't enjoy wrestling.

So I dug in a little further to find out why they all felt this way, and the answers were again all the same:  Weight cutting for years on end had burned them out.  Physically and mentally.  These athletes were sick of being hungry, tired and pretty much having to dodge every single campus party because they were afraid of being near food.

The truth is I was actually embarrassed.  I had no idea the extent of what these athlete's had gone through during high school.  My education was in sports nutrition and dietetics but somehow we glossed over the ugly truth of what goes on in weight cutting sports.  As a matter of fact, I was taught that weight cutting wasn't a problem anymore because of the new regulations regarding weight certifications that came out a few years prior.

But clearly, that was anything but the truth.  At that moment I decided to make it my mission to not only find a strategy to help these wrestlers make weight WITHOUT those old school, outdated cutting strategies.. but to also get them to ENJOY competing again.

And that's exactly what we did.

I'd love to tell you it was a piece of cake to get these wrestlers on board but that would be a blatant lie.  It took a lot of time to get them to TRUST what we were doing and to trust the process.  Most of them were skeptical that a better way even existed.. and who could blame them, right?

If there was a better way why didn't they learn about it in high school while they were struggling to make weight?

I've asked myself this question plenty of times myself.  The truth is, most (if not all) registered dietitians know nothing about wrestling.  As someone who has a master's degree in sports nutrition and exercise science, I can tell you that most nutrition professionals are pretty clueless when it comes to weight class sports.

The other part is that wrestling is a sport rooted in a lot of tradition, which is great.  Most wrestlers come from families who have been competing in this sport for generations.  It's in their blood.  But what you also get from that is high school aged wrestlers learning the same weight cutting strategies from decades ago because no one has been taught a better way.

Eventually though after weeks and a LOT of motivational support working with this team, a few athletes started buying into the process and were seeing results.  Soon after we had the whole team doing it and you could see a complete 180 in how they competed and how they felt for the rest of the season.

When we had our last meeting, I asked these guys the same question: Why do you love wrestling?

And you know what?  I got a totally different set of answers this time.  Everyone had something different to say.. but the gist of it all was that they were enjoying their time on the mat again because they weren't obsessing about their weight, starving, sweating, or spitting into bottles all season.

That day was when I decided I only wanted to work with wrestlers and how I started my journey developing The Roman Protocol.  Because I truly believe that every wrestler should be able to step on the mat, give it their all and make weigh-ins an after thought.